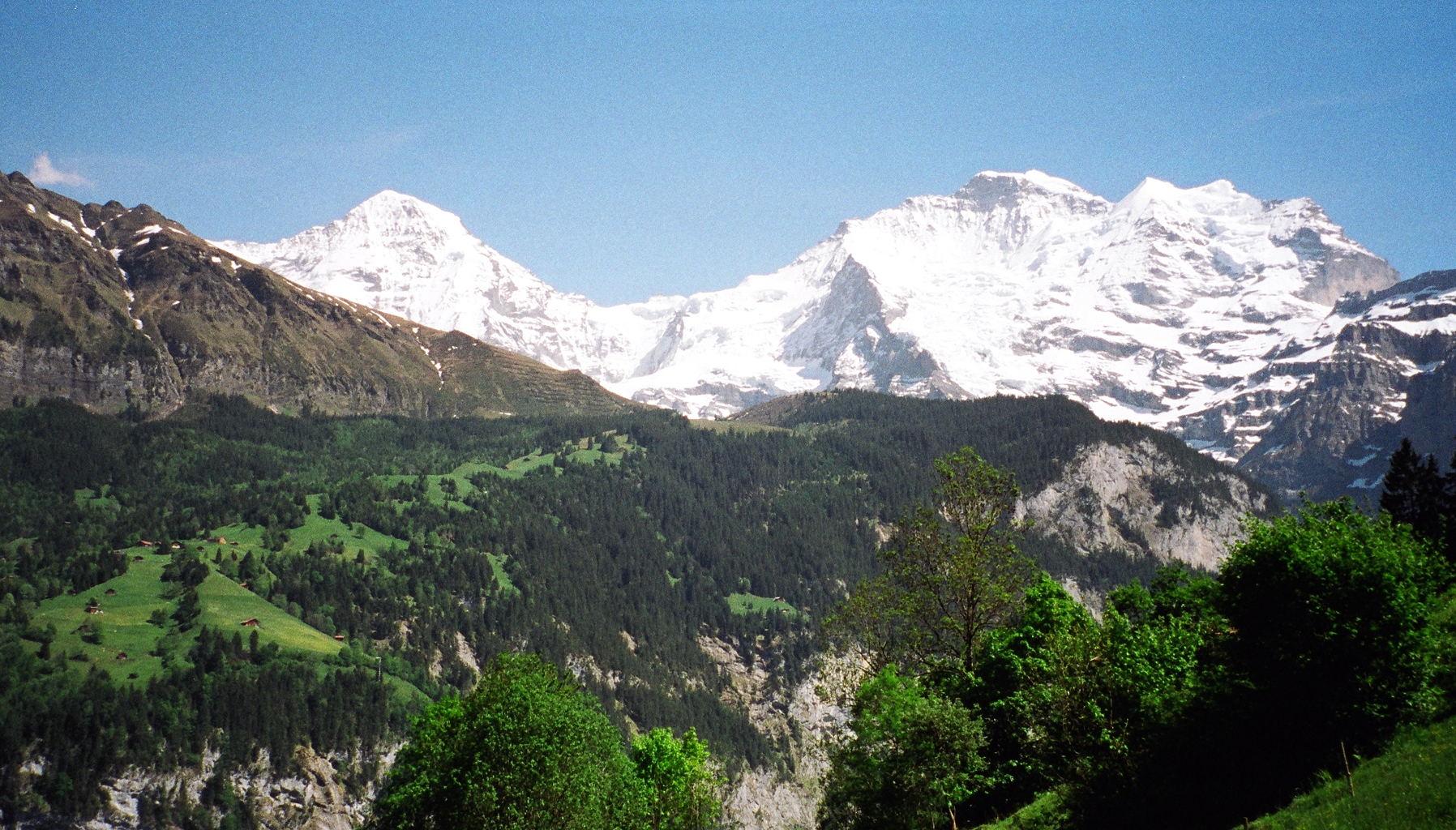 Getting High In Switzerland

Last week, after thoroughly soaking up Venice and Italy, we got on the train early and found our way to Interlaken, Switzerland. What an amazing change of scenery. After all the big cities we’ve been to it was nice to be on one of the nicest trains, yet rolling through the grandeur of the Swiss Alps. Interlaken is a pretty quiet, if touristy, little town nestled between two lakes (how ironic!) at the foothills of Jungfrau (elevation over 13,000 feet).

We found our way to Balmer’s hostel which is supposed to be great but their front desk is closed until 4:30 and it was mostly frat boys sitting around drinking. Instead we went down the road to this place called The Funny Farm where it was mostly stoners drinking… given a choice we’ll take stoners over frat boys any day of the week. There was a lookout and they had a pool, plus it was cheap and even though the rooms were dormitory style we could stay together. This was an easy choice for our first hostel experience. One day we rented mountain bikes and took the lifts a mile up to descend back down. Not only were the mountain views gorgeous, but the descent was thrilling, and much cheaper than bungee jumping. Supposedly, we were told, a group of Australians from another hostel had very recently gone bungee jumping where they have these 100 and 300 meter tall bridges and the operator accidentally put the 300 meter chord on the 100 meter bridge… this sounds more like urban legend than fact, but needless to say Kim was not about to let me go bungee jumping after hearing that. Another day was consumed by a boat ride to Spiez and a visit to the castle there where we got closer to pre-renaissance weapons and such than at any church or museum. The rest of the time was spent by the pool or exploring the town. It was a great place to relax. Towards the end of our stay it seemed people from Balmer’s were gravitating towards Funny Farm and the party atmosphere was beginning to spoil the relaxation so it was nice to leave for Gimmelwald. Now we are here among the mountain tops. Yesterday we did some hiking and ventured up to Schilthorn (elevation 10,000 feet) on a lift via the town of Mürren, but today the weather is terrible so we are taking it easy inside. Tomorrow night we head for Delft to see our friend from high school, Willem, and end our trip with a week in the Netherlands.