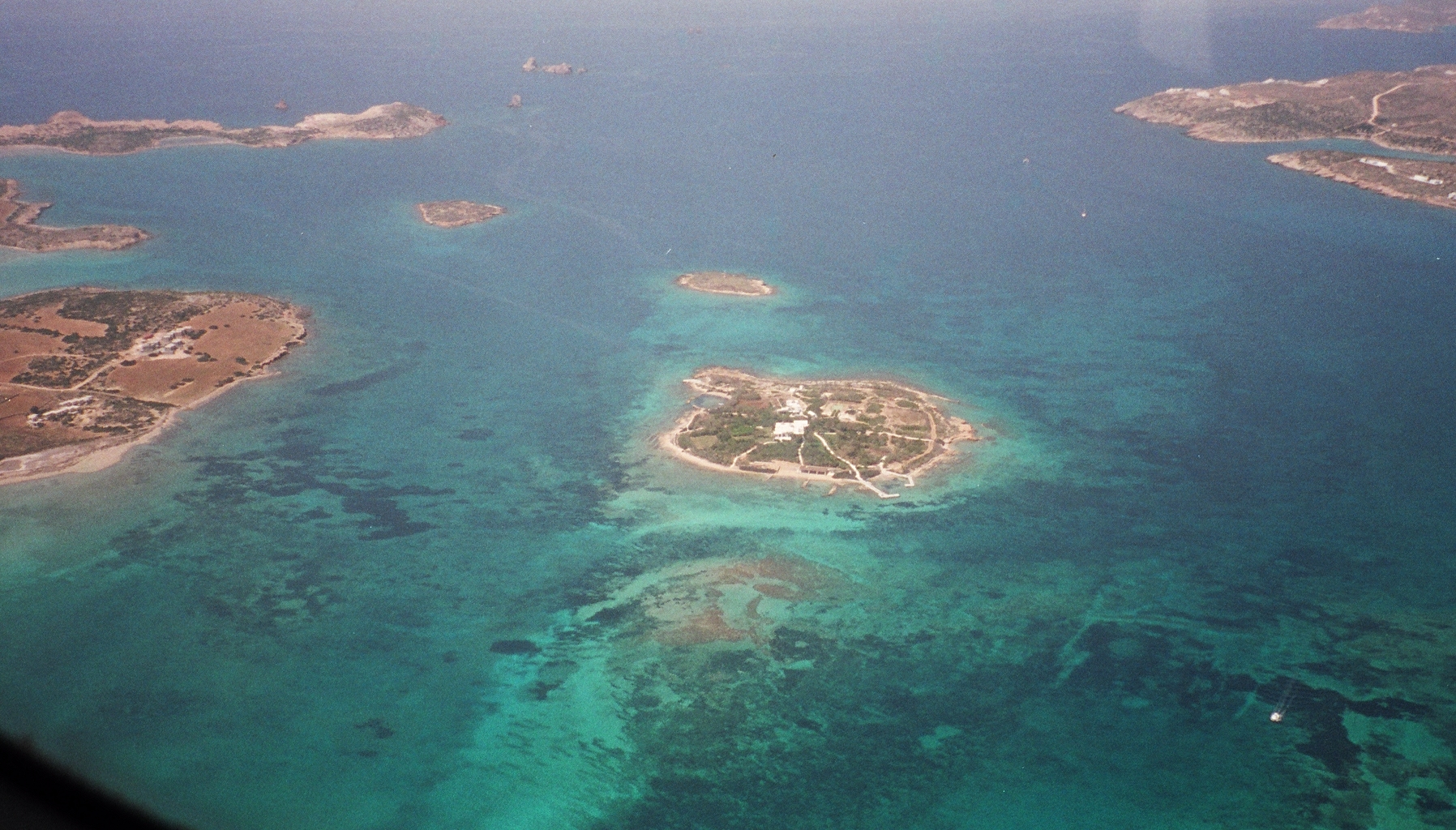 The Slow Boat To Paros

After recovering from the shock of how expensive Rome was, we found a reasonable pension to stay in the night before our flight to Athens and made reservations for when we’d be back. The flight to Athens was without trouble and we landed in Athens on schedule, walking off the plane directly down steps like movie stars or politicians. We discovered Athens to be kind of dirty and uninteresting. We were especially disappointed with the Acropolis as we learned that most of the original structures were in museums elsewhere in Europe and now what we were looking at were concrete replicas! However, the touristy market district just below provided much charm and entertainment.

The next morning we rose early in anticipation to get to Paros island. We were informed that a boat left port at 7:30am and we only needed to arrive a few minutes before to purchase tickets and get on to leave – simply WRONG! Our hearts sank when we were told by all the ticket sales offices that the boats were not leaving port due to windy conditions out by the islands and they may not leave at all that day just as they hadn’t the day before. Tired and frustrated described our mood that day as we dutifully checked back with the ticket offices to see if conditions had changed every 2 hours. Finally, around 4pm, a ticket sales woman told us the boat would leave at 5 or 6 pm… for sure. We thankfully bought 2 tickets. We got on the boat, sat and watched the clock… 5, 6, 7, 8, 9pm rolled along without movement. Finally an announcement: The boat would stay docked until 7am the next morning! We almost lost it completely but we exchanged complaints with a group of friendly Canadian students who were in the same boat (pun intended!). We spent an uncomfortable night on the boat and in the morning there was still no word of leaving. We had completely lost all patience and tried to book a flight to Paros but it was full (we booked a return flight though so we wouldn’t have this issue on the way back). Finally, after 10am, we left port. Seven hours later we reached our paradise.