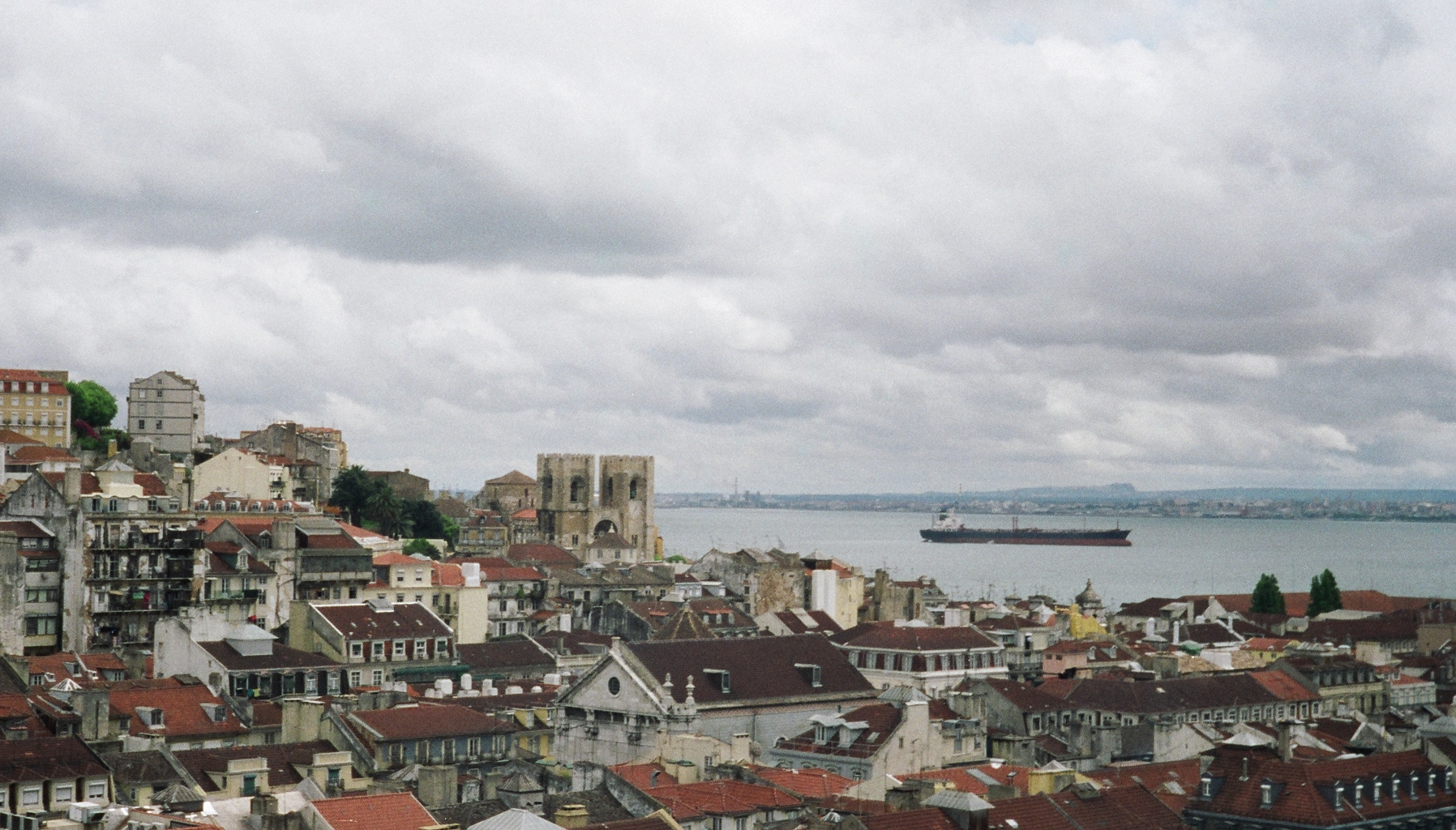 After another long night on the train (old, snotty, snoring people suck!) we finally arrived in Lisbon early Saturday morning. Initially looking rather uninviting, we discovered a lot of color in this city. Yes, Lisbon is pretty dirty and seems on the poorer side economically, but there is a lot of history and other interesting aspects. We scouted out our hotel, showered, and started off towards an elevator that took us way up from the city center. Here we were able to see the city we came to visit… amazing! We saw the castle & decided to venture to it. We ended up spending most of the afternoon there (it was in the Alfama district) after the most insane bus ride! When we got back to our room Brian noticed that our ceiling was leaking and we had to change rooms from our really cute one (it overlooked the street with a view of the castle and had it’s own shower) to probably the crappiest room in the hotel (no shower, a view of a pile of bricks and trash, and lights that don’t work). This room change epitomized the two sides we were seeing of Lisbon. At least it is really cheap and we’ll save our money for somewhere else.

Today we got a nice breakfast at a street-side cafe where we took our siesta at yesterday and decided to check out Lisbon’s waterfront. We went to a monument celebrating 500 years of exploration (which talked about how they “enlightened” Brazil.. I wonder how that would go over in São Paulo?), St. Jeronimo monastery, and a tower that was used for defensive purposes about 400 years ago. We took two siestas today, one at the Belem Cultural Center and the other at a waterfront cafe. We napped at the room for a while and went out for some very oily seafood near our hotel. A band came through and sang to everyone and posed for me when I took their picture with Brian – very cute. Unfortunately, that oily seafood for dinner had a little extra gift for Brian who was very ill all night in a gross bathroom down the hall from our crappy new hotel room 🙁 . Now he’s only eating bread until we get to Seville.

Tomorrow, we are going to try to get to nearby Sintra to see some 8th century castles and fortifications. Then it is back on the train to Seville.